events & exhibitions > curiosities of the object 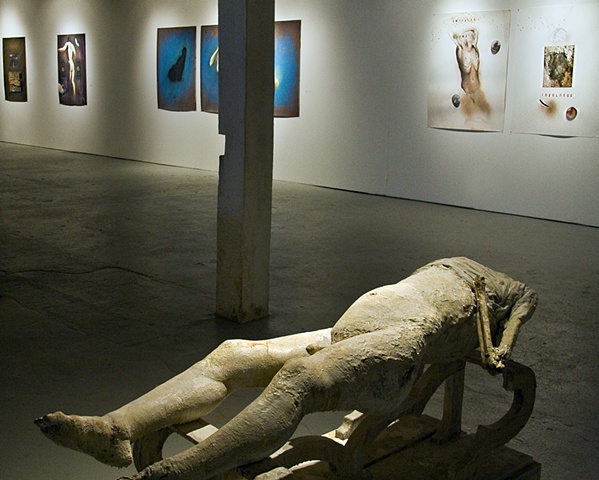 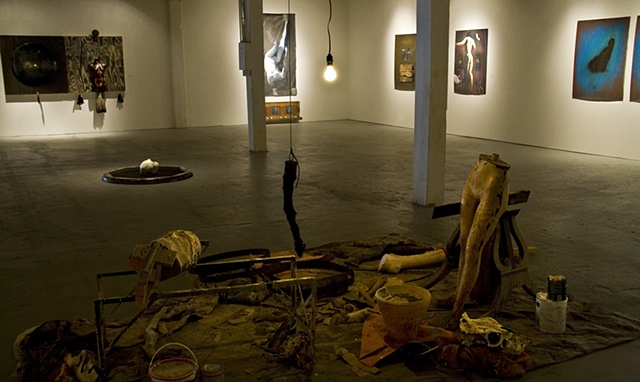 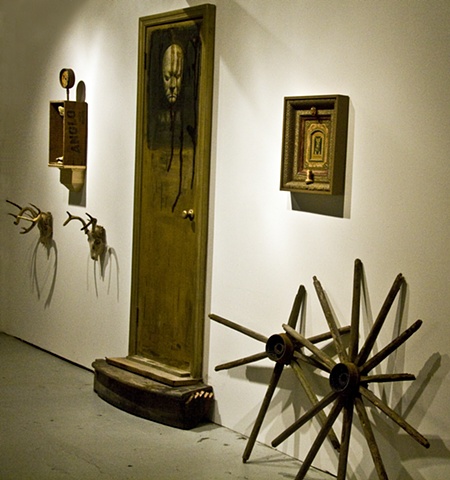 DON DE MAURO: CURIOSITIES OF THE OBJECT by Zach Seeger, Curator For over forty years Don DeMauro has been at work. As a painter, sculptor, printmaker, and teacher, Demauro has restlessly explored the figure as a timeless form, detailed presence, and an evolving identity. He revolts against the stale contrivances of academia, and steers away from the wind blown whimsy of style and fad. He is committed to his visual truth with sincerity and without apology. However, maybe the most intriguing aspect of his journey has been his relative isolation from the grasp of the commercial artworld, and the failed prospects of a long but forgotten city. Through circumstance and poetic mind, Demauro transcends mere convention of place and time: romantic, but skeptical and sincere. It is without contrivance that he furiously collects. African sculpture, newspaper clippings, rubbage, organic material, memento, paintings, drawings, cabinets, skulls, feathers, televisions, chains, paper, canvas, hair, and metal are but few of his gatherings. He does not collect to hoard or to possess, but to create-seeking to breath life into the lifeless and to regain a lost voice. He is the transistor of resistance and a reminder of the lost. He is not the visionary of Blake, the teacher of Beuys, or the cheek-less wink of Duchamp, but rather a mirror into the past and forever. In this exhibition I wish to examine the visual thread of Don Demauro from collected object, to studio chaos, to realized artwork in a sensory manor. I find his process, biography and images to be seamlessly intertwined. And it is with great privilege and appreciation that I have selected pieces with which I feel represent the idea of him as artist and man.